The Great Library of Ar'Kataan

‘My name is Gundahar, king of kings: Look on my works, ye Mighty, and despair!’

Founded Circa 62 BCE by Gundahar, First Kaiser of Vilholm, in memory of his faithful wizard companion, Ar’Kataan, killed in battle with Sivaard The Dark and the wyrm Balewoe. Legend holds that Gundahar bathed in the blood of Balewoe which made him invulnerable, including to aging and death from natural causes. Building of the Great Library was aided by Hreidmar, a magician of legendary power.

Connected to the War Academy founded in the fortress built by Gundahar on the hill over looking the small lake that once existed where the city of Stottenhelm now lies.

After building the Library, Gundahar ceded his crown to Gunthari, his son from his wife, Brünnhilde, and disappeared into the hinterlands.

The Great Library was designed to emulate the ancient Eastern civilizations which were a subject of interest and focal point of the research of its namesake, the Great Wizard Ar’Kataan, Premier Arcanus General of the Vilholman Nation. Ar’Kataan’s research into these ancient structures suggested that their architecture assisted in the channeling of arcane energies, essentially making them amplifiers for magic users that cast spells at specific focal points in and around the structure.

Before his death, Ar’Kataan had written several books and scholarly articles on the features of various styles of pyramids and ziggurats common to ancient far-eastern civilizations. Cross-referencing the designs of specific structures with the corresponding history of arcane happenings around them, Ar’Kataan was able to compile a treatise which described various architectural features and their effects on the channeling of arcane energies. Along with this treatise, he included detailed designs for a structure which would, theoretically, maximize the channeling potential for defensive spells and powerful illusions.

The design’s five-sided base had a pentagram carved into the foundation of the structure; a pentagonal pyramid with five raised ridges running from each of the corners of the foundation, spiraling up to meet at the pyramidion. Drawn around the foundation was a magic circle with runic inscriptions, the inner edge of which just touched the five points of the pentagon; this would allow any power channeled through the structure to be directed around the perimeter of the pyramid, thus increasing defensive capabilities. 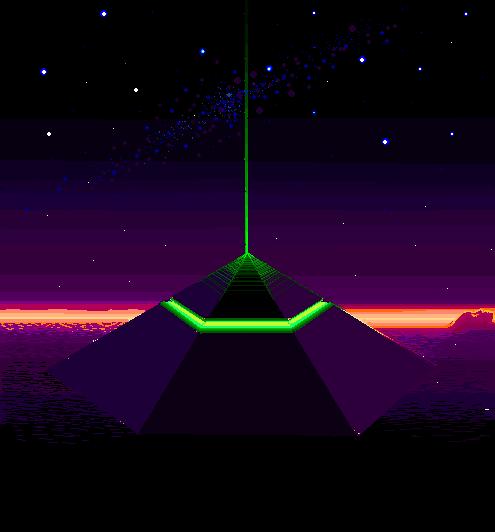 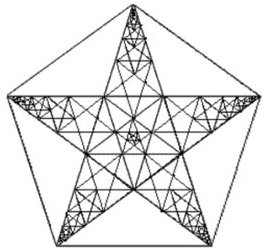 The architecture of The Great Library matched Ar’Kataan’s design, with improvements added by Hreidmar, who had been Ar’Kataan’s protege in early years, and a distinguished friend and colleague later in life. Hreidmar studied Ar’Kataan’s treatise in-depth, and did some of his own research into ancient architectural designs in an attempt to make the structure capable of channeling more power, and, moreover, of changing the types of arcane energies that it channeled. To this end, support girders were put in place only within the bounds of the foundation pentagram, and each supporting structure had to be a pentagram itself; this increased both the structural stability and the arcane power amplification of the pyramid.

Furthermore, Hreidmar found that, if the top section of the pyramid were rotated such that it was out of alignment just 7 degrees with the foundation pentagram, the structure would be capable of augmenting offensive and transformative arcane powers, rather than defensive and illusory. In this way, one of the greatest magical structures in the known world would be able to be both an impenetrable bastion of arcane defense, and, when need arose, a weapon capable of channeling an overwhelming amount of destructive power.

Thus the final feature that was added to Ar’Kataan’s original design was the separation of the top portion of the pyramid from the bottom, creating a room commonly referred to as das Auge des Roten Ritters (The Eye of the Red Knight) from which all of Stottenhelm can be seen. The upper pyramid is mounted on a large central pentagonal shaft, and the insides of das Auge‘s ceiling and floor are fitted with circular cold iron channels in which sit large steel wheels, etched around their perimeter with magical runes, with steel pentagrams for spokes. How die Krone der Ar’Kataan (the Crown of Ar’Kataan), as the top section of the pyramid is called, is re-oriented is a secret that is only known to the head of the War Mage’s academy, and is passed on only with ascension into that office.

It is likely that there is some combination of mechanical and arcane devices which turn the shaft running through die Krone thus allowing the upper section of the pyramid to rotate on its steel wheels, but hundreds of years of investigation by curious students and learned scholars alike have yielded almost no insight as to how this might be accomplished.

The superstructure of Ar’Kataan is built primarily of red granite, polished to a shine by magical means. The large granite blocks which make up the thick stone walls of the pyramid are fused together such that it is difficult to distinguish the seams between them, providing a slick outer wall which is almost impossible to scale. Supporting internal structures for the pyramid are made primarily of cold iron, to limit the power of demons and fey, with any wooden supports being made of ironwood or darkwood to bolster structural integrity. The body of the Great Library stands at 400.5 feet tall, with die Krone der Ar’Kataan extending to 82 feet above that, and the pyramidion reaching another 5 feet above that, bringing the total height of the structure to 500 feet (the space between the body of the Library and die Krone which creates das Auge is 12.5 feet).

The Great Library of Ar'Kataan